Project type Consultancy Duration Sep. 2014- Mar. 2015
On behalf of an airline we have designed and built an ODS and a software for passenger safety management. The need was to provide competent authorities with access to passenger lists on certain departing flights. The work that involved Eurokelis staff with a Data Meter Expert (Subject Metter Expert) figure, saw the design of a new data area for archiving and querying them through on-demand or web access services.

The strategic project had the peculiarity of having to comply with international standards for the exchange of passenger data such as PNR GOV, EDIFACT and XML.

The project also had to allow the questioning on extended time windows to reconstruct passenger movements. The complex architectural solution included the acquisition of data from various sources such as passenger lists, reservations and company’s own navigation services, as well as an export engine that allowed querying and dispatching through RESTful information services. 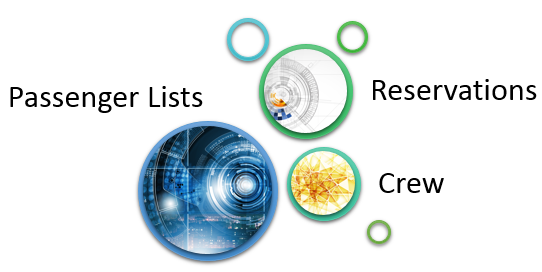